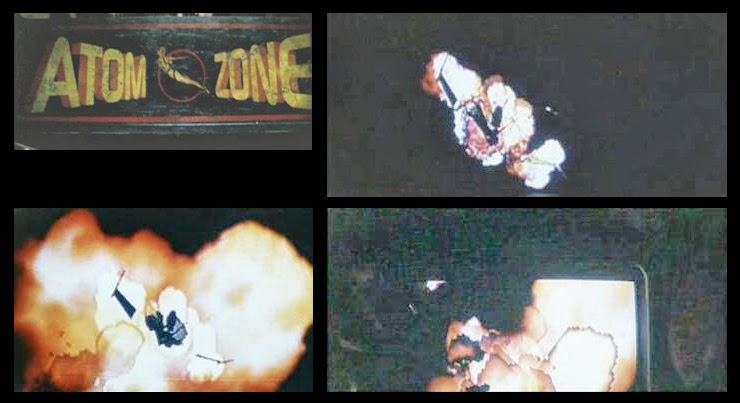 Back in the mid 90's I was working for a London based game company called Argonaut Software. I was working on the game license for the up coming film 'Alien Resurrection'. The game was due to come out on the PSOne and at the time a few other platforms. In the end I think it only came out on the PSOne. It was one of those games that just went from problem to problem and I left the project before it got finished.

Anyway, while working on this we were asked by 20th Century Fox to create a playable game that they could use within the film itself. I was tasked with creating the art for this over a few short days as they needed the game quickly. The game initially didn't have a name, but in the movie it was titled 'Atom Zone'.

Recently while sorting out some old boxes I came across the backup CD's from this time and found a disc that contained all the original CGi models used in this game. With a little bit of fiddling I have managed to get them in a state that I can output images from the models. These model were originally created in a dos based piece of software called 3ds4. I have outputted images pretty much as they would have been at the time. 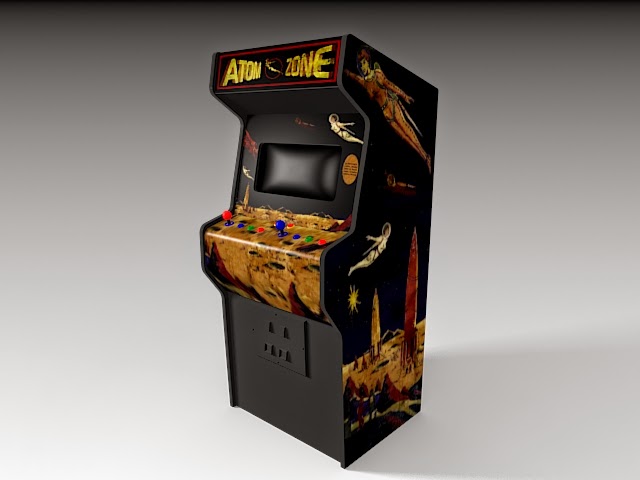 The above image shows a CGI version of the arcade machine case that I built to be used in intro sequence to the game. This was created from photos that I took on the set in LA. You don't really get to see the detail in the movie, but the case was fully decorated all round with some great retro art.

The game is only seen very very briefly in the movie, which is a shame considering the amount of work that went into it. It was fully playable, and had a choice of ships. At the time this was created using the fastest graphics cards around so that it could run at a high-resolution. It ran on a top end PC with two graphics cards to keep the frame rate up. 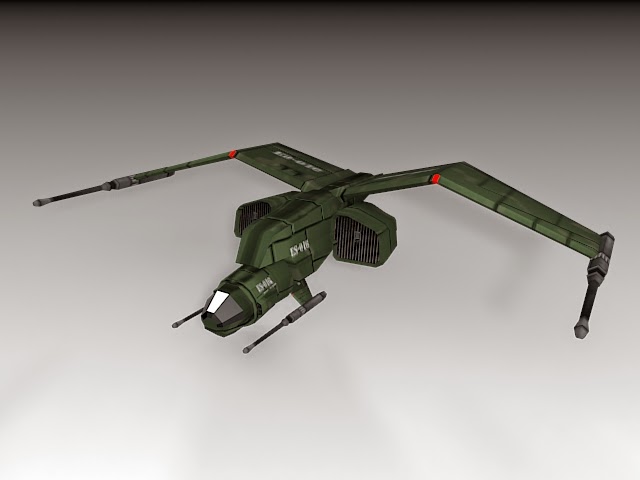 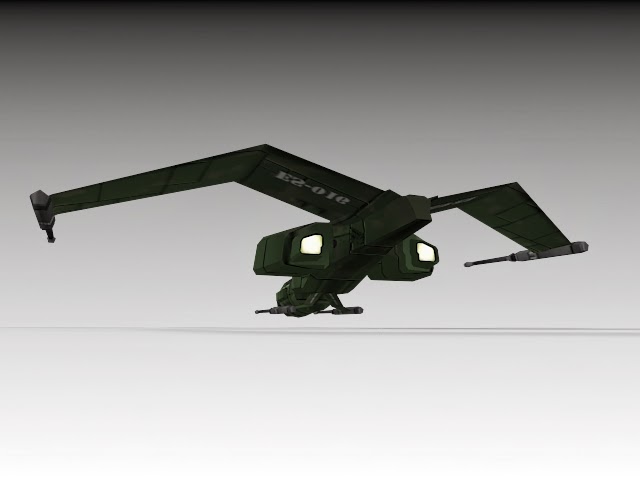 This first ship is the one you can see blowing up in the still from the movie. It was loosely based on the drop ship from 'Aliens'. 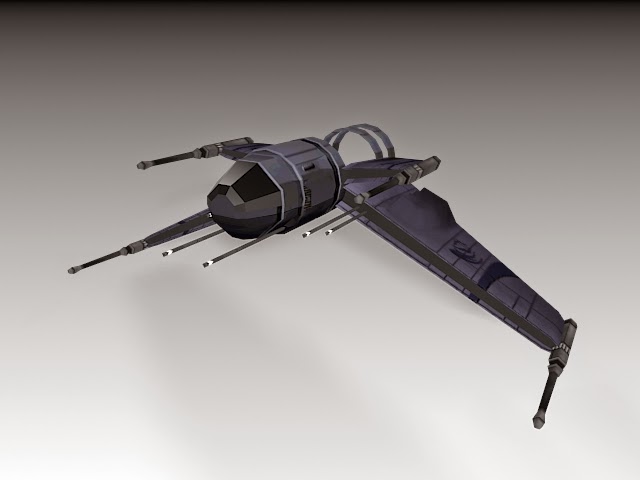 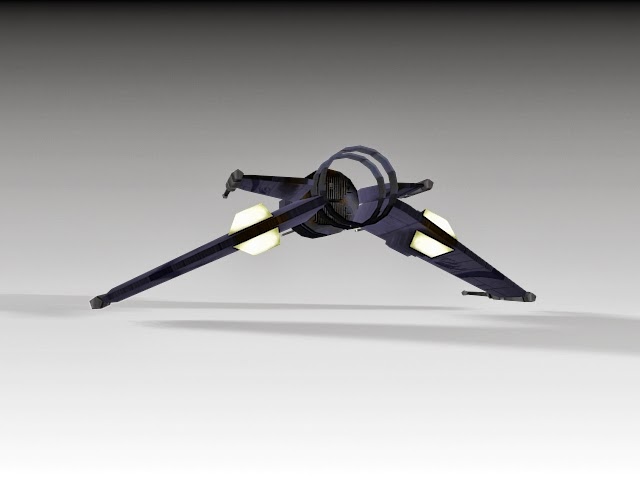 This second ship was the one you played as. This could be switched on and off depending on what view you wanted. This was not seen in the film. 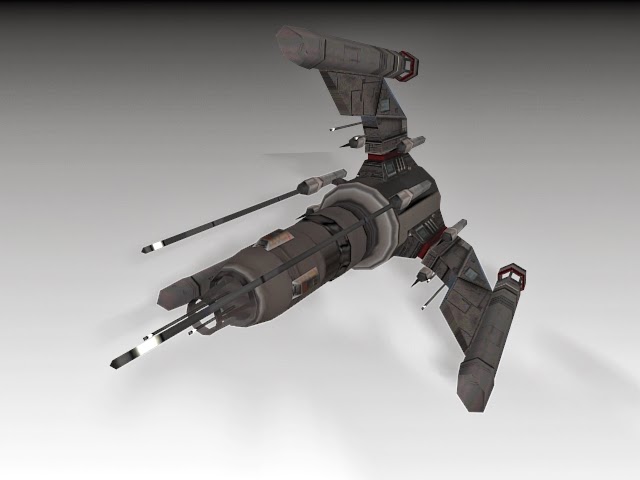 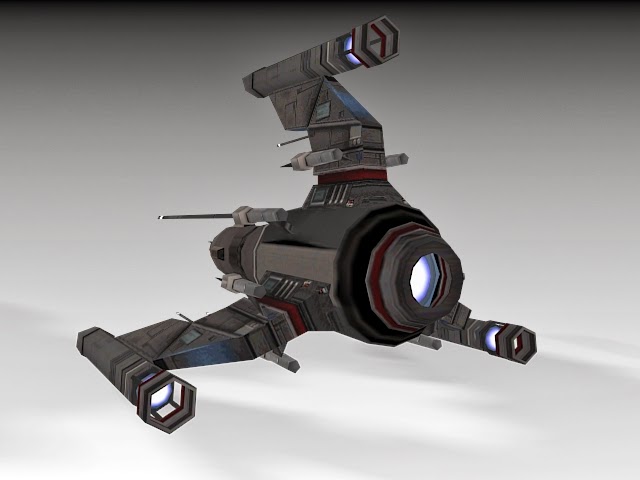 This final ship was a second type of enemy ship. More of a mother ship I guess. Again not seen in the film.

I have a few other models for the lasers, engine jets, an asteroid, and the explosion, but I have not bothered sorting those out. They are a little dull.

All of these ships models are fairly low detail compared to todays games, but they were all that the graphics cards could handle at the time.

The game was pre-recorded and then played onto a monitor inside the arcade machine box.

In total there were 3 of use who created this game, but we didn't get individual credits, just an overall company credit. You can read the Film Credits here. Atom Zone is listed under Argonaut Software.

Looking back, it's pretty crazy to have some work in an Alien film.

The screen captures are the top of this page come from here.

Thanks! Great stuff, many have assumed it was a Star Trek bird of prey, but I remember seeing the software credits for "Atom Zone" in the movie. Nice to see the full case design, too!

Ditto! I just watched the movie for the first time in forever, and saw Atom Zone in the credits. With how brief the shot was of it in the film, I'd assumed it was just some mock-up video they'd made using a Klingon bird of prey as inspiration...never would have guessed it was actually a fleshed out video game until I saw the credits and found myself Googling it. Thanks for sharing the back story!

See anything of Jez Sans these days? I knew him back when ge was develiping Starglider and got him his Space Invaders arcade machine.