I picked up a few more carded Fisher Price Adventure People last week. I really love the card artwork for these figures. Modern card art just doesn't match up to the painted images showing a bit of fantasy action. You don't see carded versions of these figures that often, and these are in various conditions, nothing mint, and most have been drawn on with a nice thick marker pen :(

The space themed Adventure people are by far the best of the series, and I was able to get some of the rarer figures. X-Ray Man and X-Ray Woman are two figures the people like to have as they do look a lot like they should have featured in the Tron films. 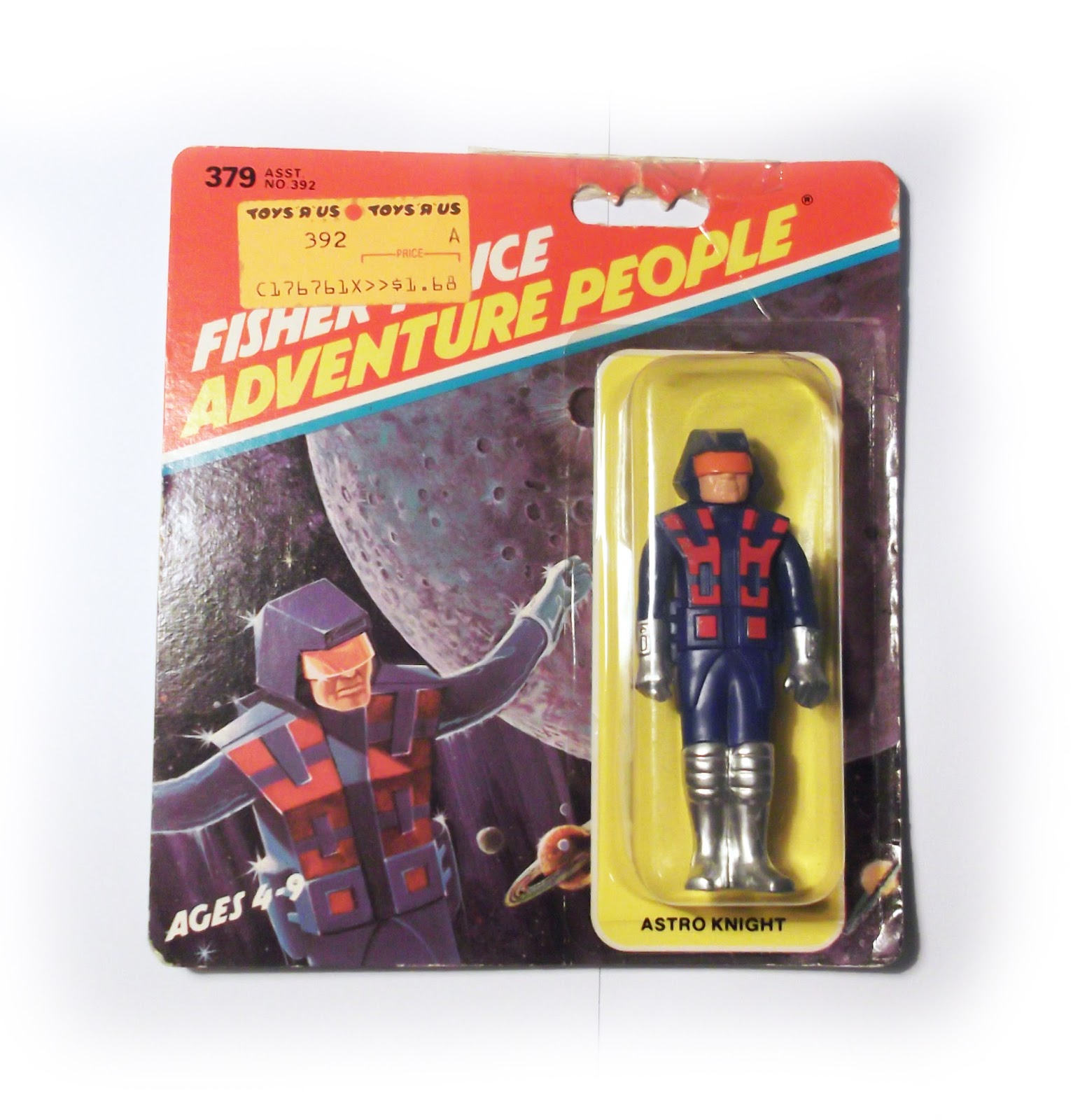 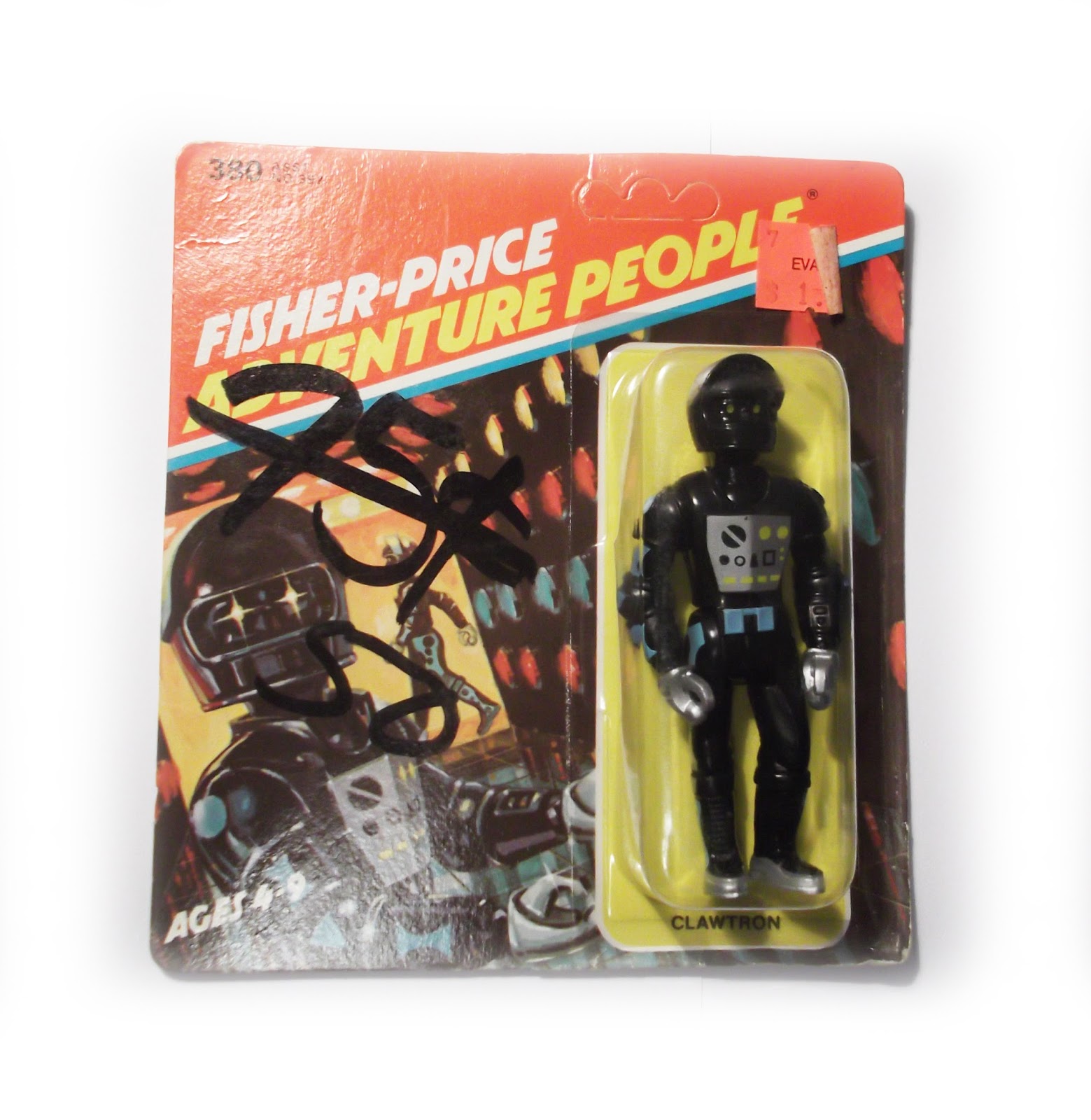 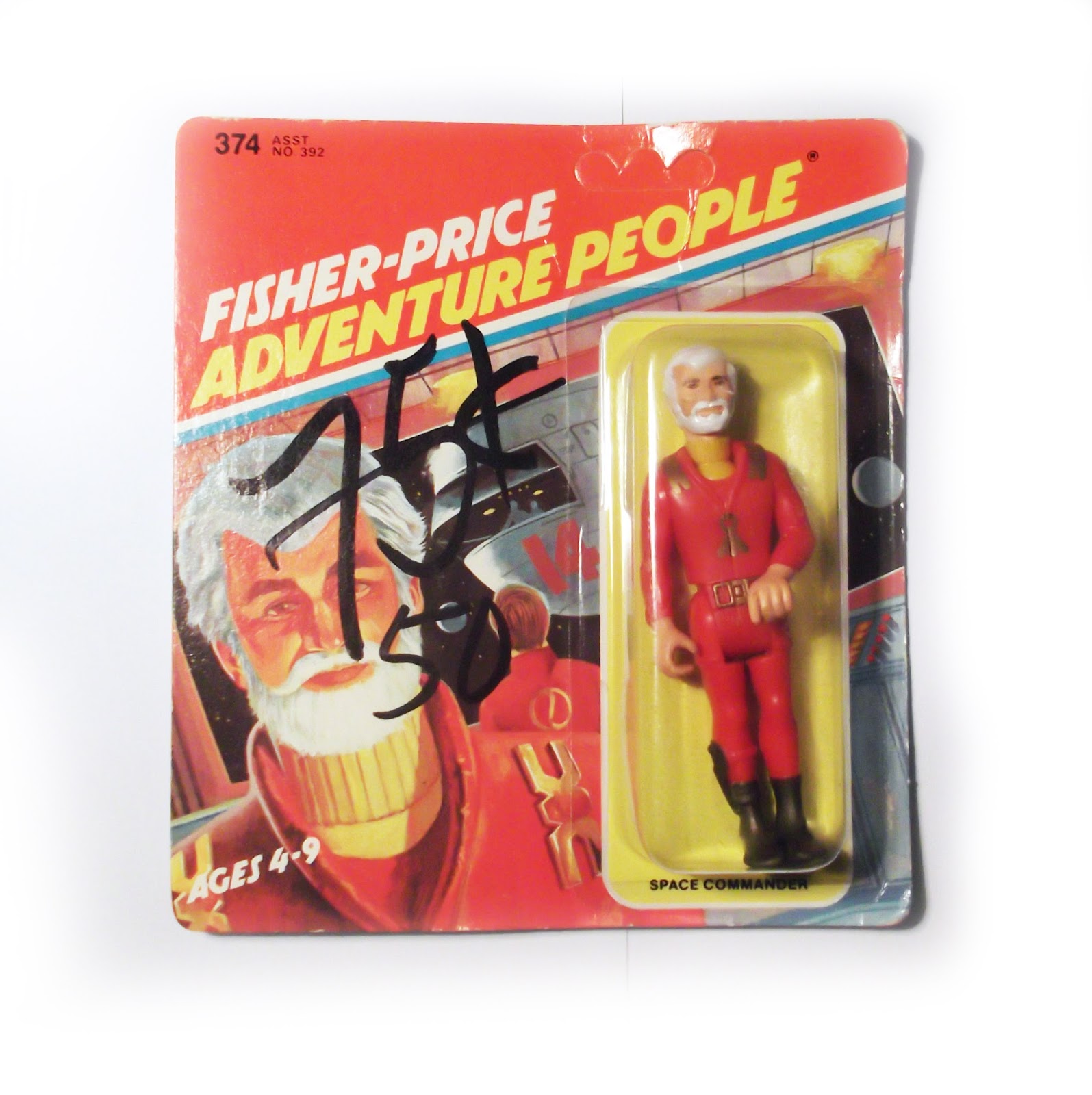 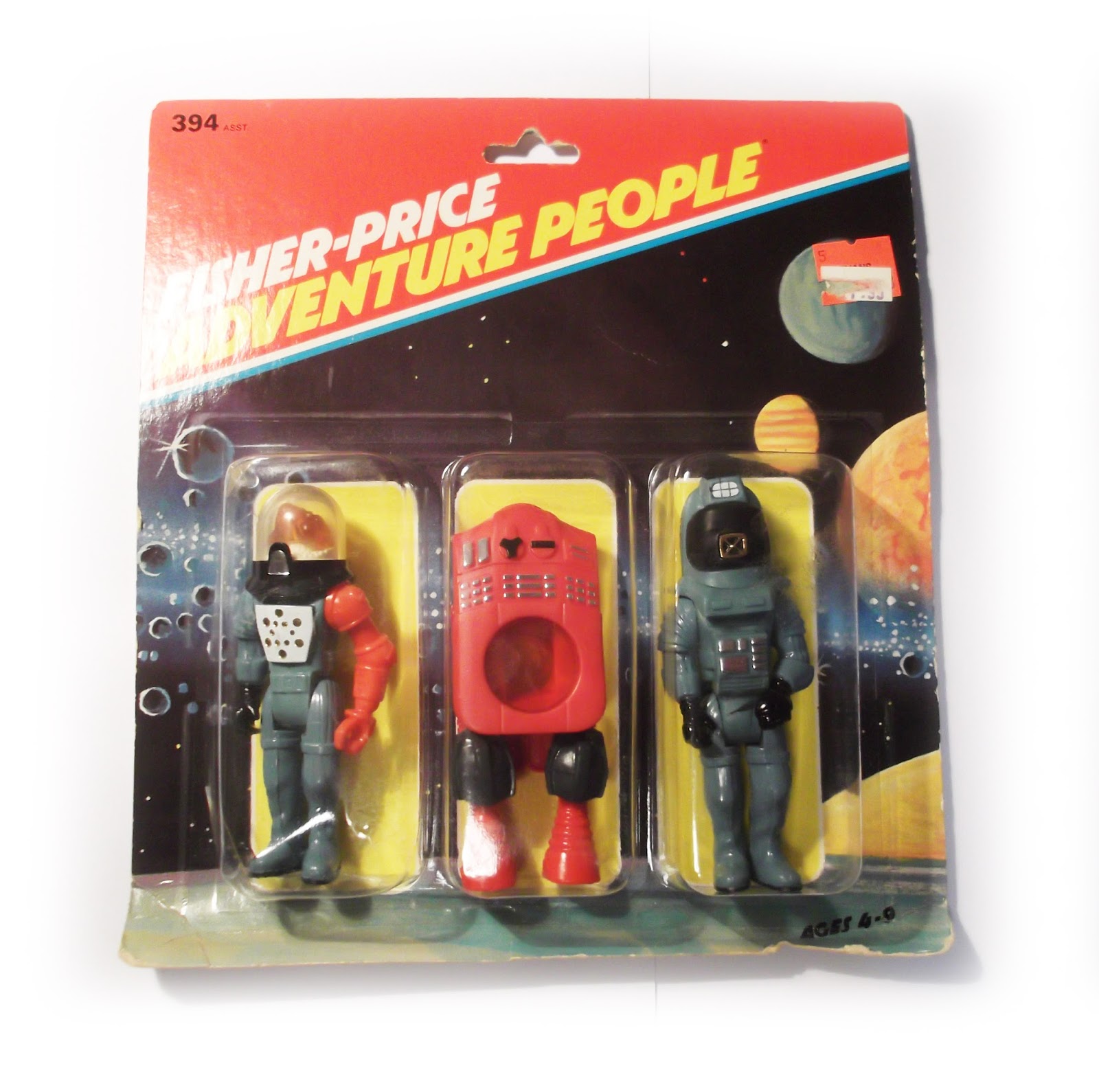 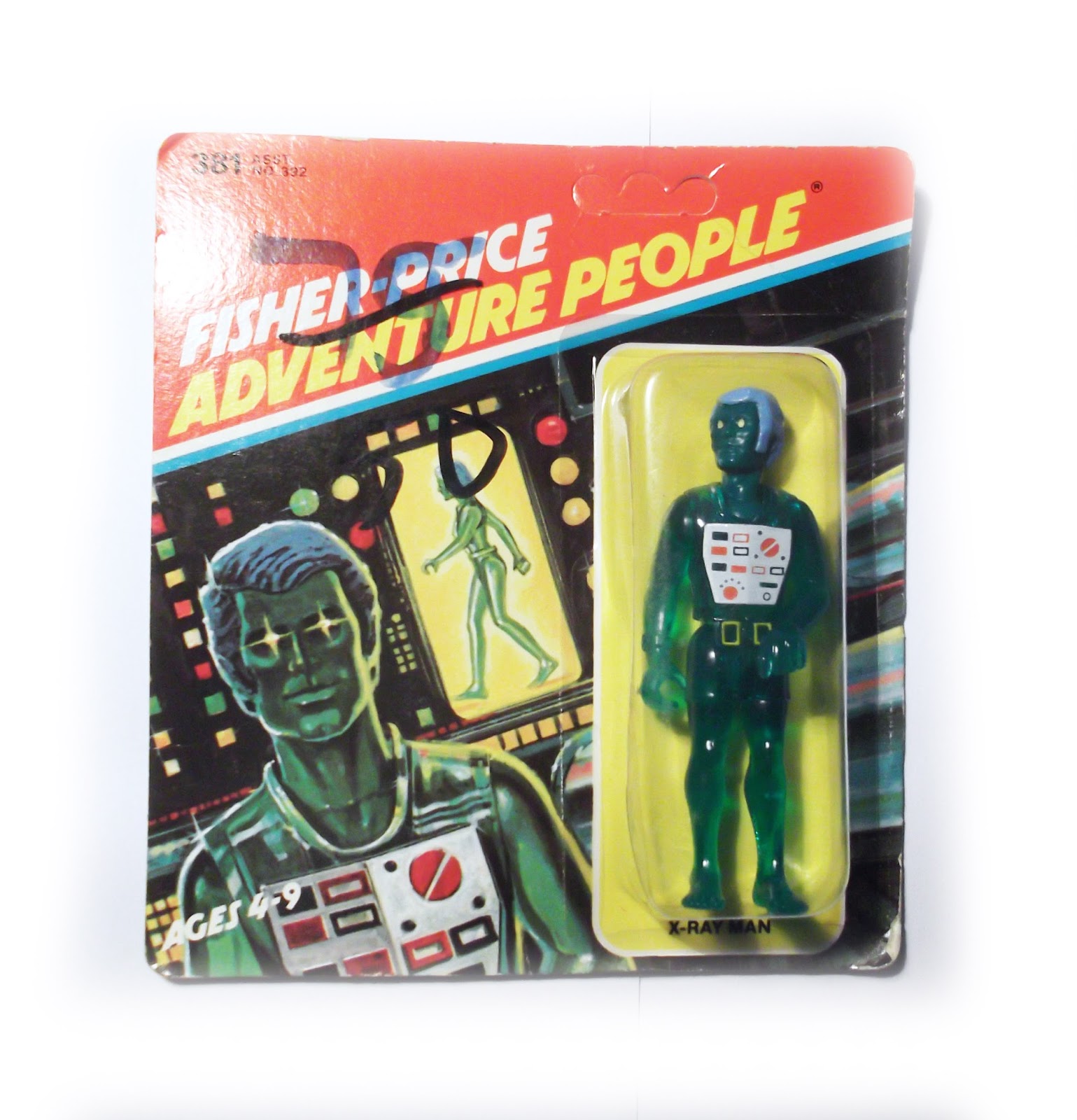 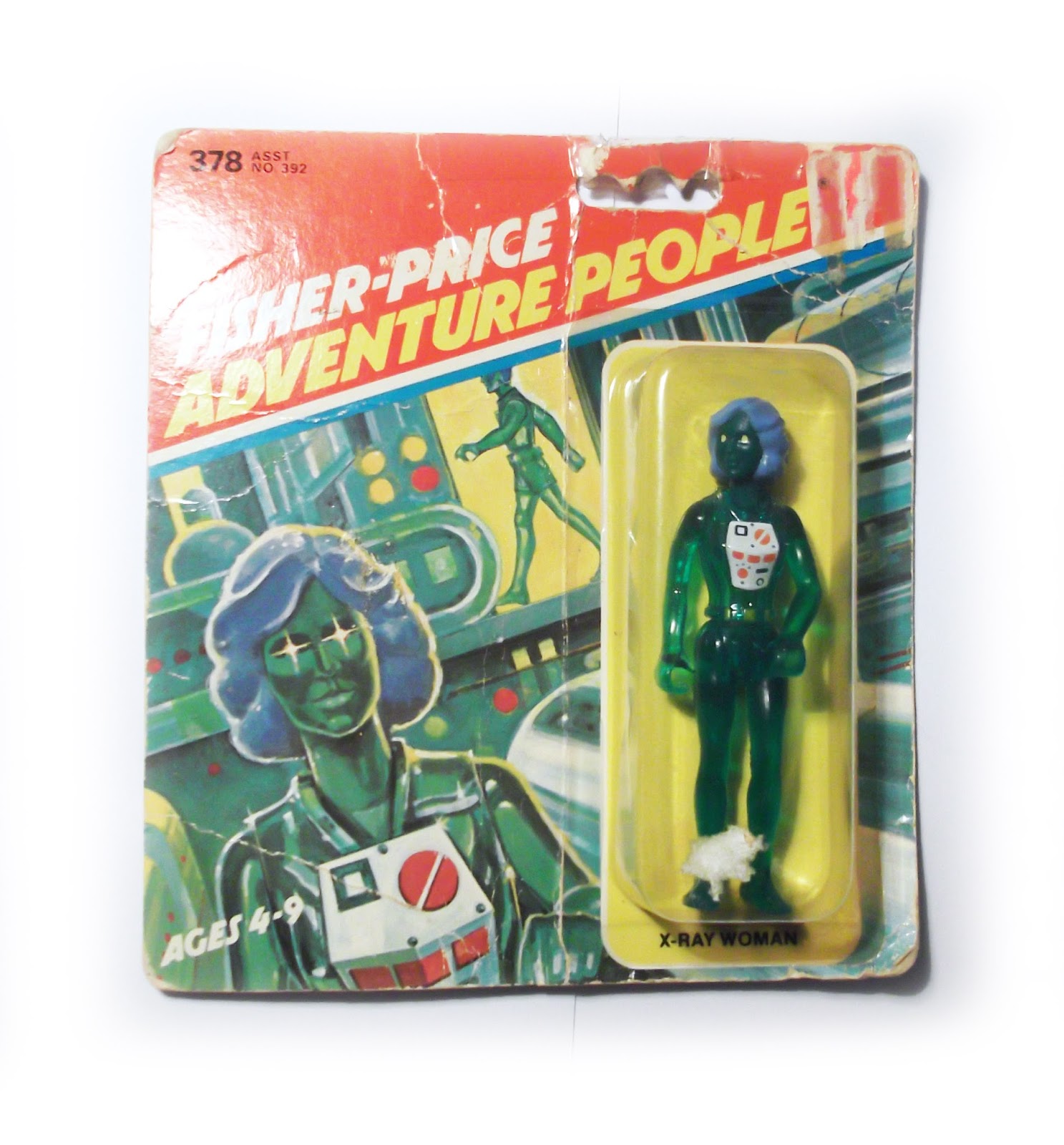 One of the hardest figures to find Brainoid, comes in a 3-pack with Opticon and the Alpha Pilot. Clawtron is another great figure, which like many of the line re-uses parts of other figures. He is basically the race driver figure with green eyes and claws for hands.  This is the same for the space commander who uses the frog mans body with a different head.

Then comes the Astro Knight. I'm not sure what to say about this figure as it really doesn't fit with all the other AP figures. It has a completely unique mold and very few joints. You can't even move his legs, and his arm just sort of rotate out into a Jesus pose.

All in all a good selection of figures picked up for about £6 each.

Great finds! The illustrations on the cards really were amazing. If only they had created them for all of the figures in the line!

The Astro Knights look weird because they were originally packaged with a glider that actually flew. Apparently the figure kept falling off and hitting kids in the head (or something like that haha), so they stopped making it and just repackaged them as solo figures.

Very cool! Weirdly, the pics for the space commander and opticon (in the 3 pack) link to different figures when you try to enlarge the. Any way to fix that?

All fixed now. And I have added a link to my new video reviews for these figures. Enjoy.